i was actually looking forward as of last week to writing this blog– the gloat factor was gonna be immense!! i had planned on going over to cancun and catching the ferry across to isla mujeres (island of women, but not quite what you’d think), where i would be taking a tour out to see the whale sharks. i had gone to see them a couple of times out of isla de holbox, seeing at times 30 or 40 of “the wee beasties” in a day. however, i had heard that by going out of isla mujeres one might encounter as many as 100-150 whale sharks in a day– i was psyched!! i had also seen groups of as many as 70 or 80 cow rays, or as some call them, “golden rays”– not very large, but some photos i had seen taken on the tours out of isla mujeres there were thousands of them, turning the ocean into a carpet of what looked at first like autumn leaves.

anyhow, i went to cancun and caught the ferry all right, but there was some weather in the area, making for large-sized wave action, and my wee beasties apparently go deeper when there is weather like this– in other words, the tour was CANCELLED!! as we would see not much of anything and also the small launches can really beat the poop out of one in heavy swells. well. but being one who, upon being presented with limes tends to make a gin and tonic, i decided not to waste my time on the island with a hang-dog expression, but take the opportunity to look around and kick back, something i almost never do. i had for some reason envisioned the island as some sort of a high-end place, sortuv like a mexican vail or something, but nothing could have been further from the truth. i stayed at hotel d’gomar (cheap and clean, narrow and one floor stacked upon the other, prompting me to christen it “hotel d’gomar’s pyle”), right in front of the ferry docks. the town looked more like progreso (port town north of merida, state of yucata’n), only without the occasional bit of interesting architecture. the island is quite narrow as well, and many was the time i would look in between houses to see the ocean. pretty easy to walk around the place, it being sortuv small. one thing that occurred to me was what it must have been like for hurricane wilma– 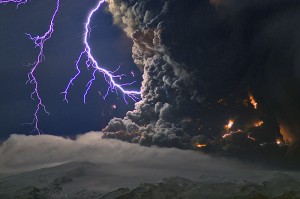 i spent it battened down in my house here as it howled like a couple of locomotives right outside my window for about 62 hours, but it must have been even more interesting to have endured it here on this tiny little bit of land. i heard (but did not see) that it cut another channel through the island– already there is one that separates a hotel from the rest of the land, accessed by a bridge, but that is pretty impressive. had a couple of excellent meals while i was there as well– a small place called “la lomita” furnished a bowl of black bean soup that, with all the extras found in it, could have made for a meal in itself, and the fried calamares were superb– perfectly made. and the next morning’s breakfast was at a place called “rooster”– caffeine starved, it looked like a likely place, and indeed the coffee was excellent, but the food was fabu as well– very well made, but more than that, it had imagination and presentation. but for the most part i bummed around the island and did some walking, as is my habit– it’s a comfy little burg, and i took full advantage of it to sit and watch the ocean and read and even write a letter– doing it analoggy style, with a pen, no less!! so i wasn’t down about the experience, will have to try it again soon, hopefully with better weather– beware, i plan on gloating about this trip yet!! other than that i have been doing a little bittuv diving, this next week could be busy that way, but i have also gotten in a few days’ work on the sculpture, which is going great– wish i could photograph what i have been doing, but it is so subtle i don’t think i could do it justice. i molded up the new dolphin design so that i could shoot more waxes of it, and shot some waxes as well, so i am about ready to do some casting, bring this baby to the finish line, so stay tuned and i shall be sending out a photo for everyone to see quite soon i think. catch you later